Sometimes session metric data includes values which are outliers with respect to the majority of the data, causing the results of the aggregated average calculations to be skewed.

For some metrics, in ControlUp Versions 8.6 or later as detailed in the table below, it is possible to prevent such skewing of the aggregated average calculations by excluding extreme values from the calculations. This is done by setting an upper limit for the metric, as explained further below.

Before you can start using this feature, make sure you meet these requirements:

What are aggregated metrics?

Aggregated metrics that are session-related and relevant for this article are Avg. Logon Duration, Sessions Avg. Protocol Latency and Avg. User Input Delay.

In Solve, Avg. Logon Duration and Avg. Protocol Latency are shown as widgets under the User Sessions tab in the Discovery menu.

Avg. User Input Delay can be seen in the grid.

When and why should I set limits?

The question is: Why should you change the limits? An example that illustrates the problem with outliers is shown below: 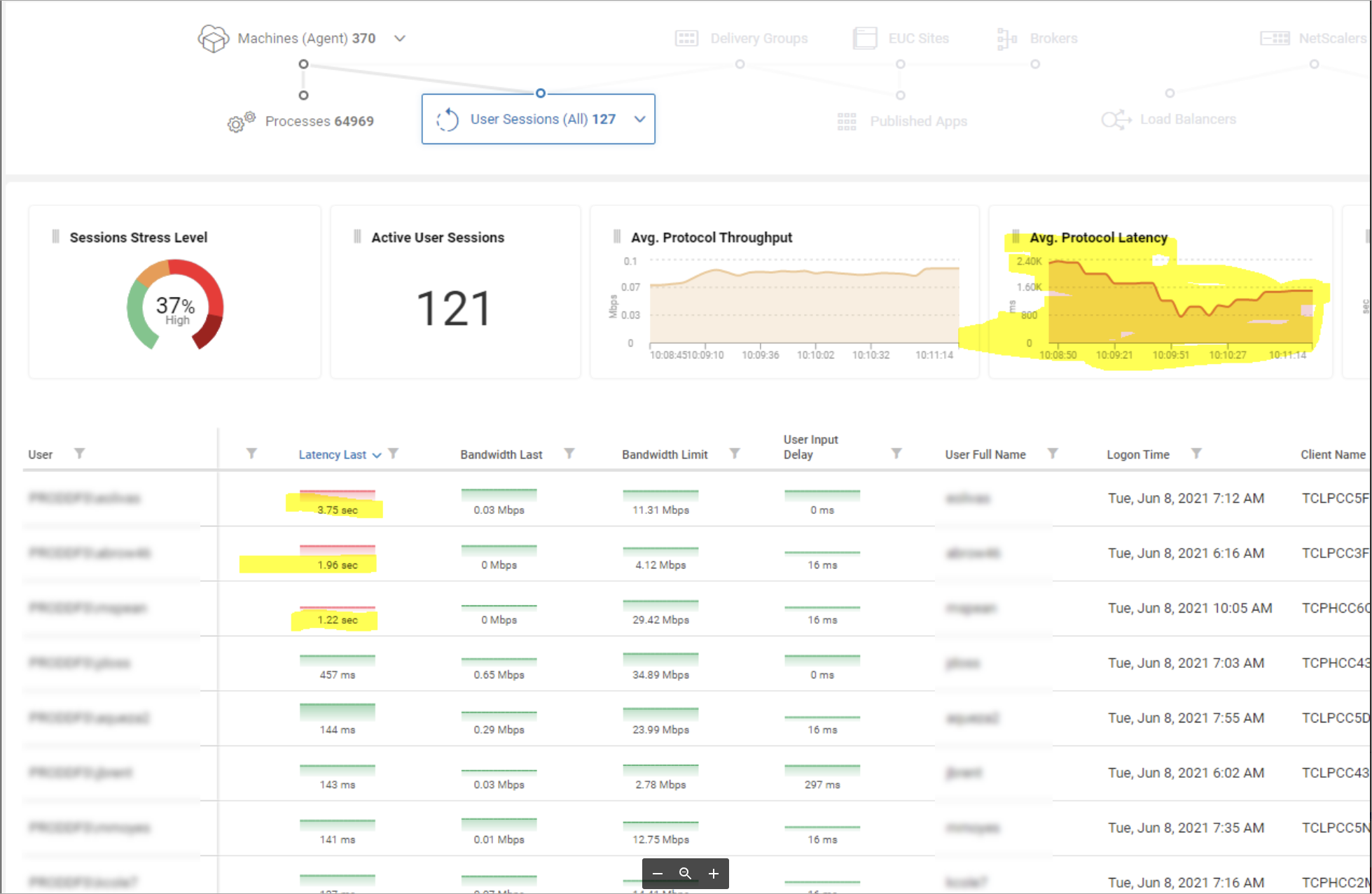 The default settings for upper limits on the session metrics are as follows:

How can I change limits?

You can set upper limits for the session metrics Logon Duration, Latency Last and User Input Delay by using a PowerShell cmdlet Set-ColumnLimitConfig.

To set an upper limit for a session metric:

4. Set a value for an upper limit for a session metric (Logon Duration, Latency Last or User Input Delay) by executing the relevant PowerShell command:

As a result, values in the Logon Duration column above 99 seconds are not taken into account in the calculation of the Avg. Logon Duration.

Latency Last
To set an upper limit for the Latency Last metric, run a PowerShell command such as the example shown below, which sets the upper limit at 100 milliseconds:

As a result, values in the Latency Last column above 100 milliseconds are not taken into account in the calculation of the Sessions Avg. Protocol Latency.

As shown above, the PowerShell cmdlet does not require a unit as an input parameter. It is not necessary to provide seconds, milliseconds, etc. to the script.

How can I retrieve current limits?

Current limits for Latency Last and User Input Delay can be retrieved in the same way, using the command above and specifying "LatencyLast" or "UserInputDelay" as the relevant ColumnName.

Whenever the Logon Duration, Latency Last or User Input Delay metrics exceed the configured upper limit, the color scheme of the display changes accordingly, regardless of how the thresholds are configured in the Stress Level Settings.

In the example shown below, the metric display for Logon Duration is shown to appear in red when the value of the metric exceeds the configured upper limit of 35 seconds.