You can use the Baseline Session Screenshot feature to ensure that an EUC session is opened properly, and that there are no unexpected changes in the session.

EUC Scouts can take a screenshot when they open a session. You can set one of these screenshots as the baseline image. Each time the Scout runs a test and opens the session, it takes a screenshot and compares it to the baseline image, returning a percentage of how similar the two images are. You can create an alert policy based on the percentage so that you are notified when there is a sufficiently large difference between the two images.

Set a Baseline Image for a Scout

After you have set a baseline image, select See results in the Scout details window.

The results for the last five tests are displayed. The percentage on each image is the similarity between that image and the baseline image. Note that a small difference is normal on a session desktop because of the time and date changing. 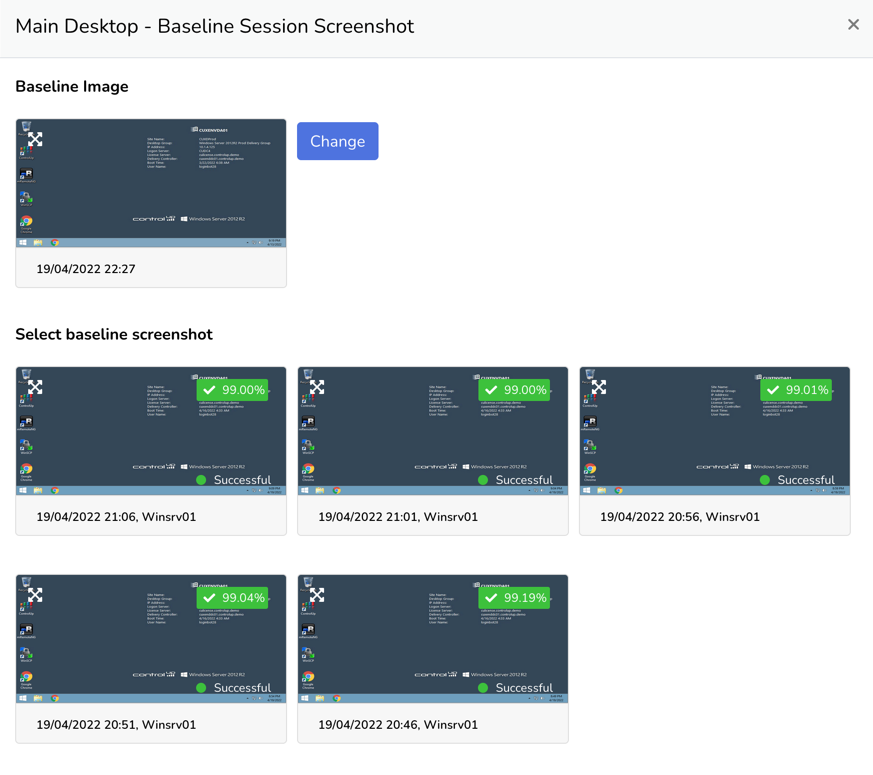 After you have set a baseline image, you can create an alert policy so that you are notified when there is a sufficiently large difference between a test's screenshot and the baseline image.

In the alert policy settings for an EUC Scout, set an alert based on the property Image Anomaly Score, and set the required percentage. The percentage is a measure of the similarity between the current session and the baseline. For example, an image anomaly score of 95% means that the screenshots are 95% similar. For more details about how to set up alert policies and notifications, visit Alert Policies.