The following connectivity tests are preconfigured for the Exchange Scout:

After configuring the Scout, wait for the first test results. In the Scout overview, the following five dashboards for each test are displayed:

Status Success indicates a successful test. As you can see, we received responses to all four pings with an average response time of 2.38 milliseconds.

Status Failure indicates a failed test. Our last ping attempt timed out. If only one of the pings runs into a timeout, the entire test is considered a failure. 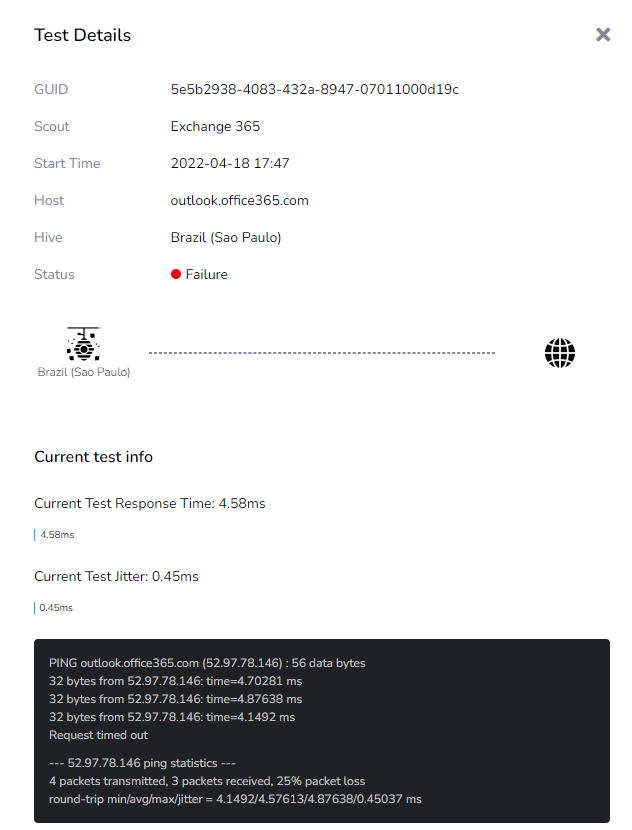