The objective of this report is to allow the administrator to analyze the details of a specific user session by showing the user’s activity, along with the distribution of resources consumed by this activity during the session’s lifetime. This report answers questions such as:

This report is not accessible directly from the left menu of ControlUp Insights. It can be accessed only by clicking a row in the Sessions Activity report.

Below the header, the Session Details report features a Gantt chart of the user’s activity over time. This chart includes the following activities:

Below the Gantt chart, this report displays a series of performance metrics charts which are intended to provide a means of correlating user activity with changes in resource consumption over time. The following charts are shown:

The distinction between the user and computer series enables the administrator to identify any irregular CPU consumption and attribute it to either the user’s activity, or to load generated by other users or background services on the same computer.

The following additional functionality is offered by this report: 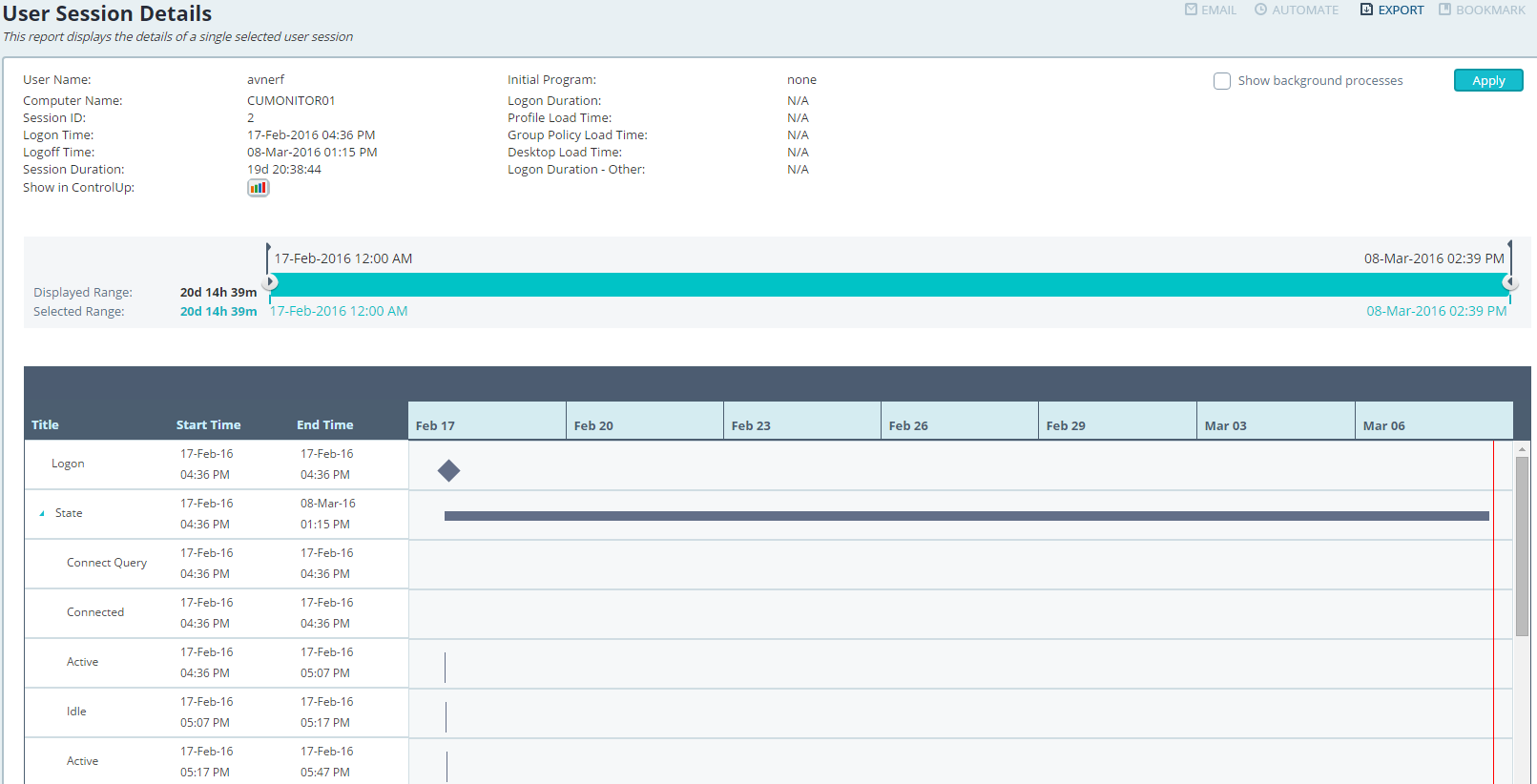